I haven't been to Hamburg perhaps since more than two years ago. I can't even remember. The hotel remains the same near the airport and you need to catch the train to go to the center. We arrived late on Friday and it was time to experience Hamburg's nightlife.

Next day, lunch in a restaurant nearby Binnenalster lake (Jungfernstieg station) and then the usual promenade. I could see the new iPhone 4S at the big Apple Store you have there. 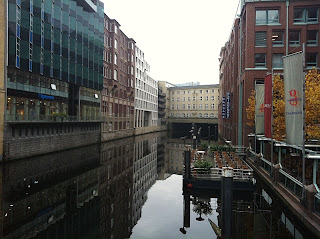 Due to its streams, canals and rivers, Hamburg has more bridges than Amsterdam or Venice.

When I went back to the hotel, I thought it was too early to fall asleep despite the 3:55 am wake-up (2:55 am - Lisbon time). So I decided to go to the airport (a 7 minutes walk) and see if there was anything interesting there.

To my surprise, I found that Hamburg (Fulsbuttel) Aiport has an Observation Deck and it was there that I spent a couple of hours enjoying the aircraft movements. 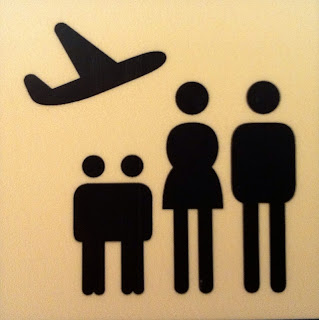 The observation deck was crowded and I learned that not only you could find people trying to say a last goodbye to their friends and relatives before their departure, but also many aviation enthusiasts and plane spotters! 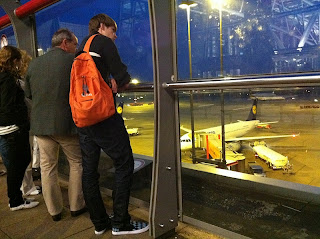 One of those enthusiasts had a bag with a big Aeroflot logo which made me remember the t-shirt I bought in Moscow. Really nice! 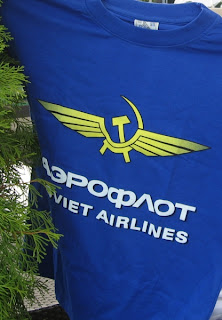 At Hamburg Airport, you can mainly see Lufthansa, airberlin and lots of charter and regional movements.


At a point I was about to ask one of the spotters if the A321 was the biggest aircraft to operate regularly at Hamburg Airport since I could only see narrow-body aircraft types. It was when I saw the impressive Emirates' 777-300 landing! 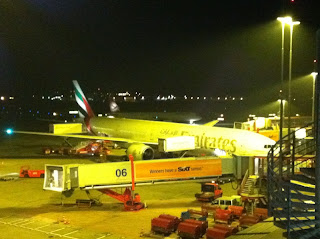 Email ThisBlogThis!Share to TwitterShare to FacebookShare to Pinterest
Etiquetas: HAM

Do you know how long it takes to get to the central area of the city from the airport? I am going on Hamburg City Breaks this winter and was wondering how much a cab would be?

Hi,
I never used a cab, always the train which takes about 30m between the airport and the central area of the city. The train it's not expensive.